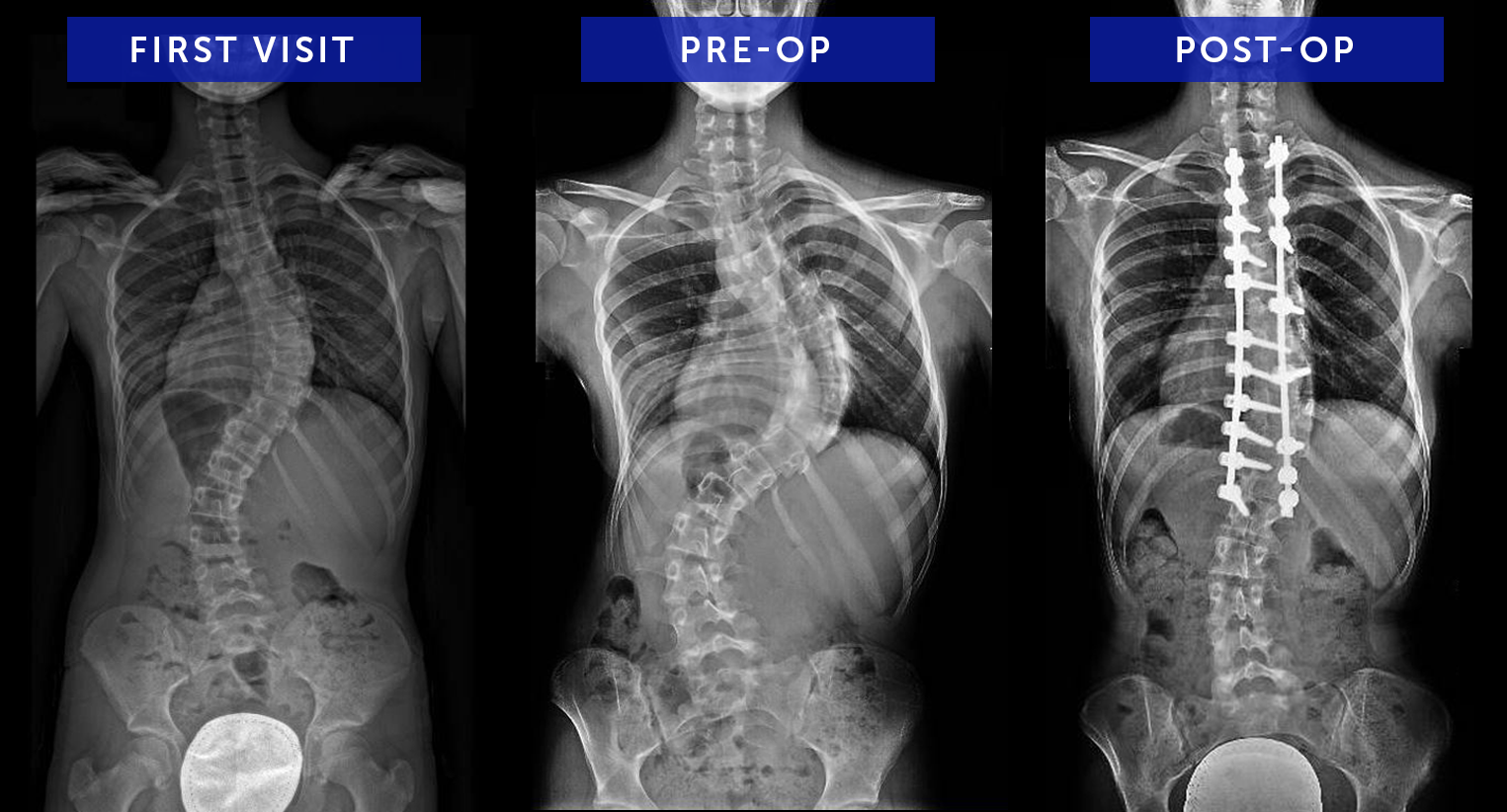 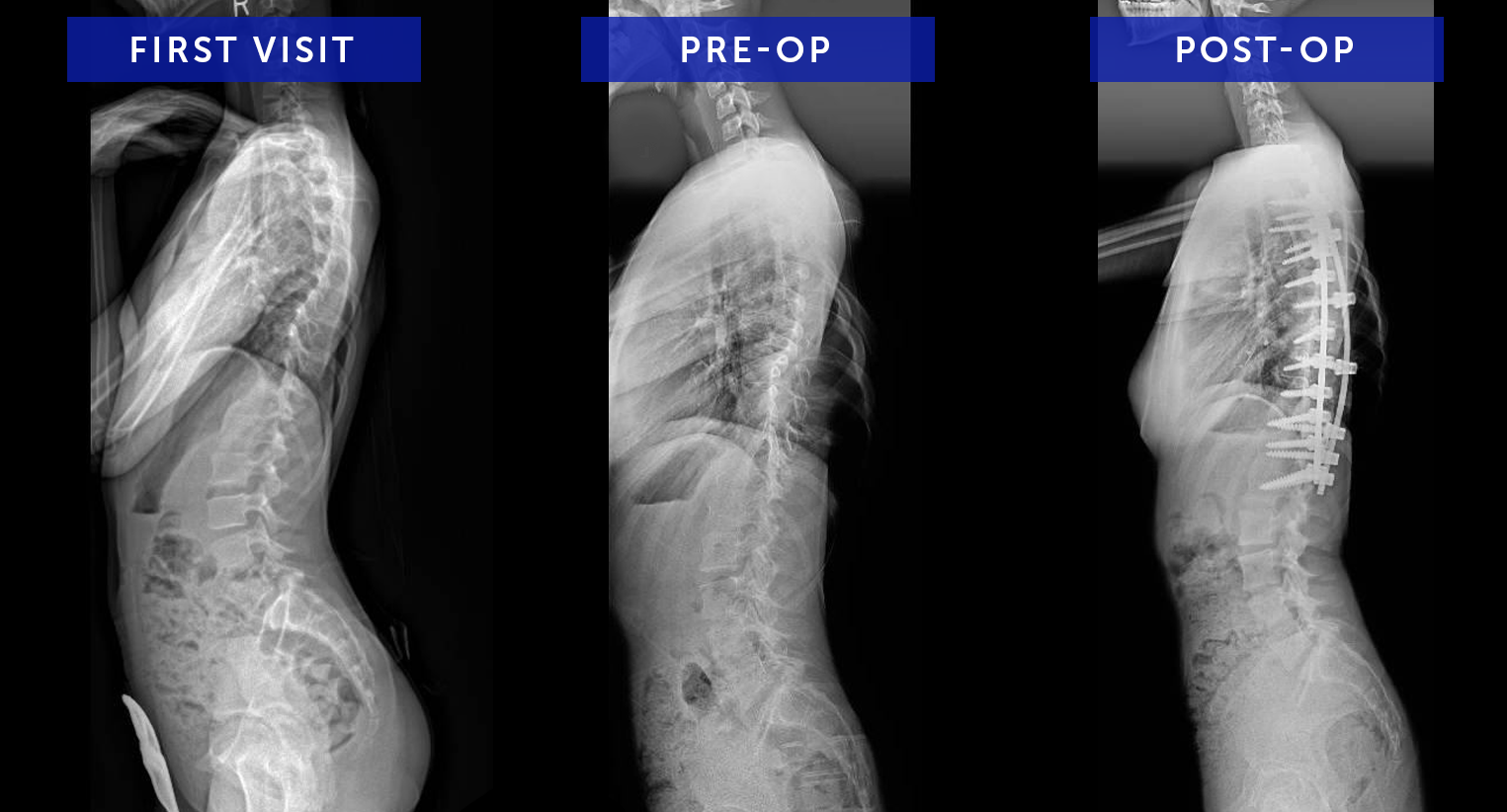 This is a 12 year old who was diagnosed at the age of 6 with juvenile idiopathic scoliosis. She tried nighttime bracing at an outside practice but had a hard time with it. She came to us with a surgical curve of 50 degrees and a lumbar curve of 35 degrees. She still had growth remaining at that point with a bone age of Sanders 4. Our recommendation was a selective thoracic posterior spinal fusion and instrumentation. They decided to hold off on surgery. We continued to monitor her and recommend surgery. They ended up moving forward with surgery 2 years later. She had an upper thoracic curve of 30 degrees, thoracic curve of 87 degrees and a lumbar curve of 71 degrees. The lumbar curve had remained very flexible so after discussion with the family, they decided to stick with the selective thoracic fusion with the understanding that there would be a residual lumbar curve that might need surgery later on if it progressed. Thus far, it has not progressed and she has done great after surgery.