← Back Hamzy A. | Scoliosis 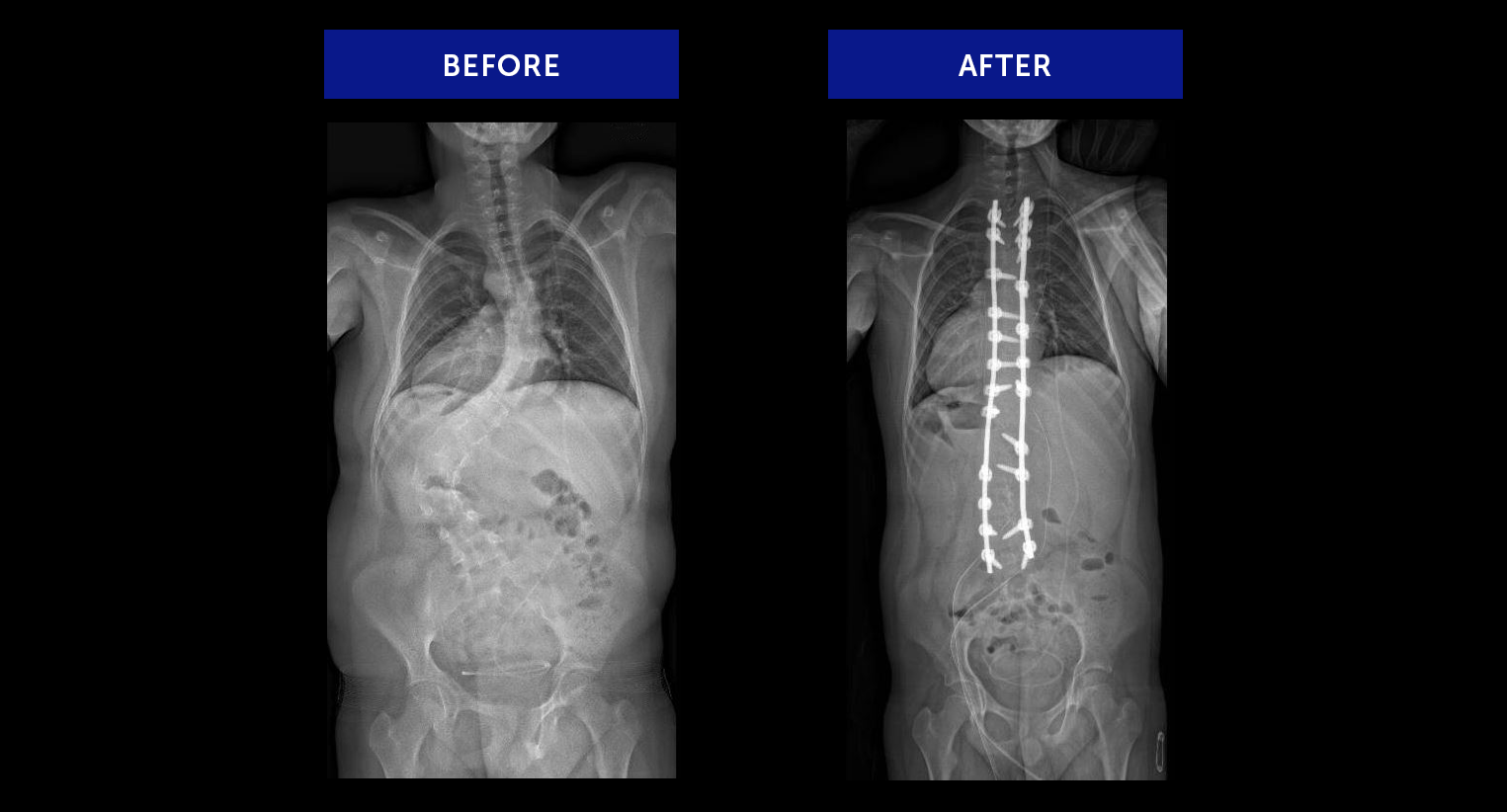 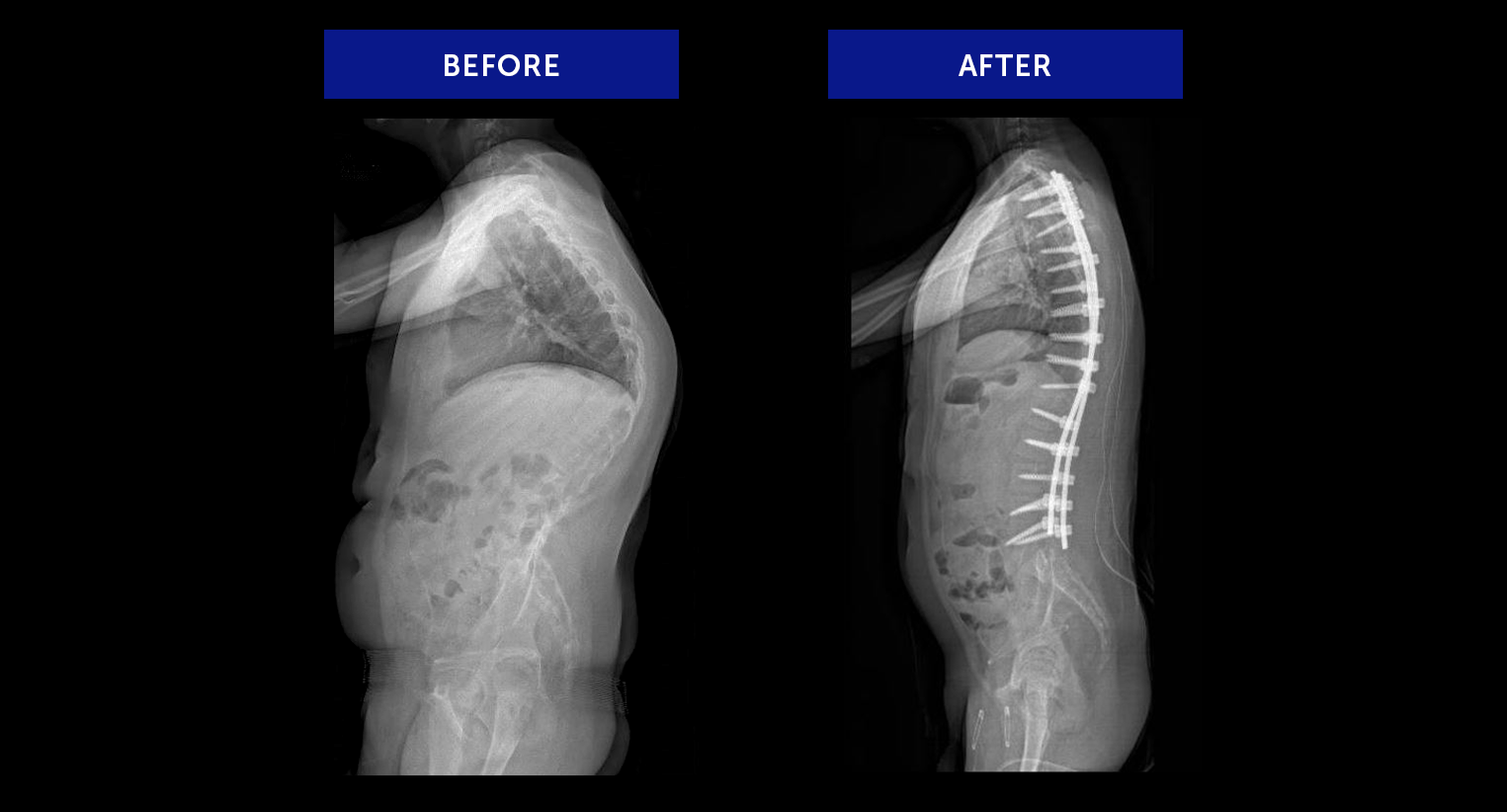 This is a 13 year old with a complicated medical history including TAPVR—Total Anomalous Pulmonary Venous Return—ASD, and PDA (all cardiac) that was repaired on day 9 of life. He also had a fungal meningitis at age 1 that left him with subsequent complications. In addition, he has a single functional kidney, a VP shunt, Factor V Leiden deficiency and a seizure disorder.

He was having daily back pain. He had an attempted spinal fusion at an outside hospital but because of complications due to an allergy, he was referred to our hospital to attempt the surgery. He underwent halo traction and then had his final fusion and instrumentation. He was recently seen and pain free. He is very happy with his result.