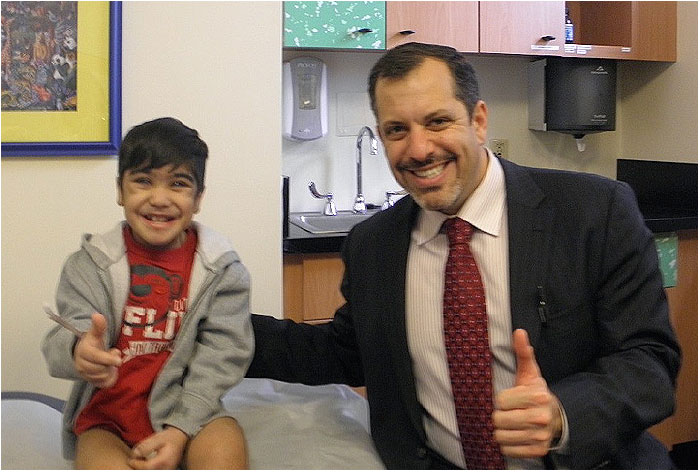 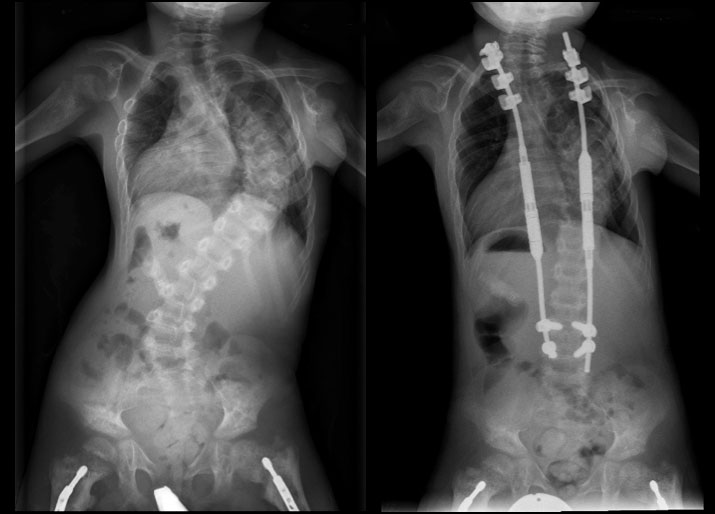 Ismaeel is a 6-year-old boy who has been seeing Dr. Vitale since he was 5 months old for several orthopedic concerns. He and his 10-year-old brother Yaseen were born with a rare disorder that causes multiple skeletal abnormalities such as short stature, bowed legs, and scoliosis.

Over the years, beginning when Ismaeel was 2 years old, Dr. Vitale performed several surgeries on his legs to reduce the bowing and improve his ability to walk. Ismaeel far surpassed expectations, and at age 5 was running around the office!  Yaseen saw how much more mobile Ismaeel was after his surgeries and he decided that he wanted Dr. Vitale to help him as well. He just completed the first part of a two-stage procedure and is back to school and doing well.

Their condition also puts the boys at higher risk for complications related to anesthesia. Therefore, it was especially important that the Morgan Stanley Children’s Hospital of New York has a dedicated team of highly skilled pediatric surgeons, anesthesiologists, neurologists and nurses who work together to care for patients with complex needs. In this case, Dr. Vitale teamed up with another surgeon, Dr. Joshua Hyman, to reduce the duration of the boys’ leg surgeries and limit their exposure to the anesthetic.

Recently, Ismaeel developed a rapidly progressive scoliosis and his thoracic curve reached 85 degrees. He was beginning to tire more quickly and complain of back pain when he sat for too long. Dr. Vitale recommended using a MAGEC magnetically controlled growing rod to manage the curve as Ismaeel grows. Ismaeel had his MAGEC rods placed in May 2015.

After his first lengthening his curve is down to 53 degrees and he is no longer having the back pain or fatigue. Most importantly, this novel device has spared Ismaeel many trips to the operating room because the rods are lengthened non-invasively at an office visit using a special magnet. This has greatly decreased the possibility of anesthetic complications.