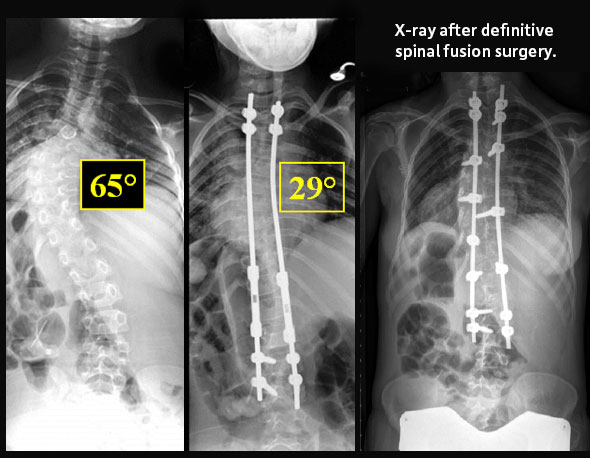 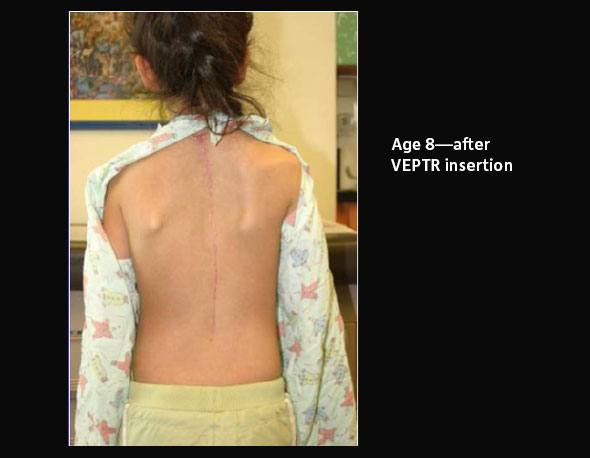 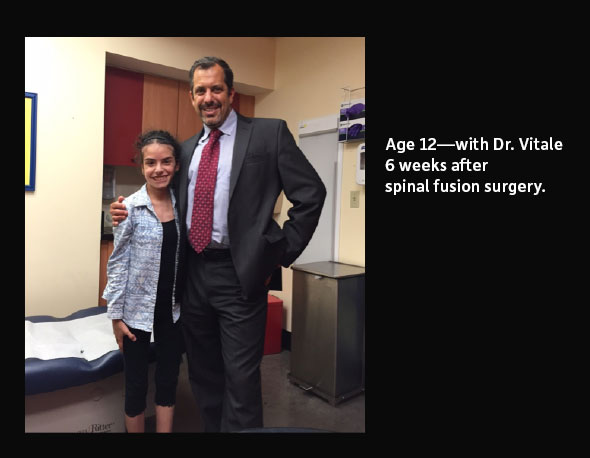 Hagar is a 16 year old young woman who was born with several problems with her heart and esophagus that required multiple major surgeries within the first few years of her life. As a result of these thoracic surgeries, Hagar had developed scoliosis by the time she was 2 years old.

Initially she was managed with a back brace but when she was 8 years old her curve progressed to 65 degrees and she was beginning to develop restrictive lung disease. At that point, Dr. Vitale recommended a VEPTR growing rod construct to control her curve while she grew.

Over the next 8 years Hagar had many procedures for growing rod lengthenings. Then in 2015, when she was fully grown, Dr. Vitale performed a definitive spinal fusion surgery where he removed the growing rods and placed several more screws and permanent rods.

6 weeks after this surgery Hagar reported that her pulmonary capacity was greatly improved and she could walk 5 blocks without getting short of breath, whereas prior to surgery she could only walk one block.