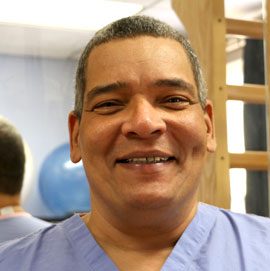 In 2005, I moved to New York and joined East Coast O&P to seek certification as an Orthotist. I was certified as an Orthotist in 2010 by the BOC. I trained in the treatment of early onset scoliosis and Mehta casting at Shriners Hospital in Chicago. I’ve increased my knowledge and continued my specialization while working with Dr. Michael Vitale and the Columbia Orthopaedic staff.